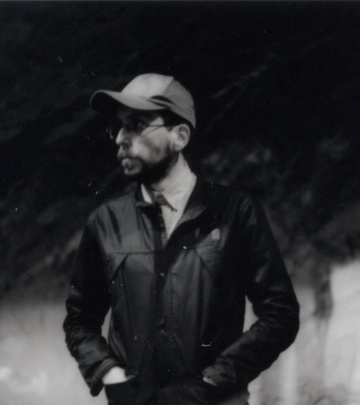 Multi-instrument player and producer. Founding member of the Soopa collective, he participates in the almost full number of the projects and bands that are associated to him (Mécanosphère- project of Doom-Dub, F.R.I.C.S.- fanfarra improvisada e de tendências psicadélicas – [improvised fanfare and of psychedelic tendencies] Herzbeat Hotel false/true holy music and simulation of ethnographical registrations troupe, Sitting Bulldozer_ variable group of people whose performance focus on the saturated use of machines and old synthesizers producers of a muscled sound , Çuta Kebab & Party- project of Breakcore based on the manipulation of cassette samples with post-colonial fast food music, and numerous other projects and avatars which cover a stylistic spectrum that goes from Dub to electro acoustic, from Hip-Hop to FreeJazz or Rock. He shares projects with Raz Mesinai, DJScotch Egg or Ripit. He has composed the sound scores for the following Isabel Barros’s shows: "Aluga-me para Sonhar" (for a ballerina and a lyric singer); "Alice e o Outro Lado Do Espelho"; Procissão K and “Na minha parede escarlate retratos”. He is a Plastic Arts – Sculpture graduate from the Faculdade de Belas Artes da Universidade do Porto.