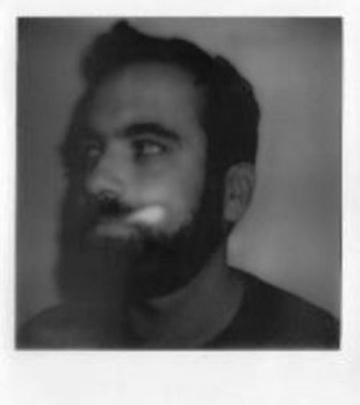 José Alberto Gomes is a musician, a sound artist and a curator, born in Porto in 1983.

He completed the piano course at the Oporto Conservatory and in 2007 he finished his degree in Composition at the Superior School of Music and Performing Arts. He has created very strong links with the new technological possibilities of music and the role of music in theatre, cinema and installations, with a special interest in looking for new musical forms and places.

PhD in Computer Music from Universidade Católica Portuguesa has been linked to teaching in the area of art and new media, having undergone several courses such as Composition at ESMAE-IPP, Electronic Music and Music Production at ESART-IPCA or Master of Media and Digital Arts at the University of Minho, among others.

Currently he is the coordinator of the Braga Media Arts Education Service (Creative City of UNESCO in the field of Media Arts) where he develops and guides contents, shows and projects of artistic creation linked to new technologies in art, community and education. He is a lecturer at the School of Arts - UCP, in the Master in Engineering in Development in Digital Games - IPCA and in the PhD in Media and Digital Art at the Universidade Aberta.

The Teatro de Marionetas do Porto was established in 1988 and, in a first phase, focuses its activity on the creation of shows that result from the research of the popular heritage. From this phase, the study and reconstruction of the old Portuguese tradition of the Dom Roberto Theatre stands out.

From its roots, the company begins to progress, along diverse creations with a certain experimental character, in the sense of the search for elements of modernity in the puppet. "Exit" (1998) is the show that most clearly consolidates this direction.

The company's theatrical practice now reveals an unconventional view of the puppet, a concept that is continually updated, and the puppet theatre's understanding as a poetic and imaginative language evocative of contemporaneity. It seeks to find new ways of designing puppets, toying with the limits of kinetic objects, and new possibilities of exploring the grammar of this theatrical language, with respect to the interpretation and the interdisciplinary rapport with other areas of expression such as dance, the plastic arts, the music and the image.

The 31 shows created so far by TMP are intended for either adult or young audiences and the company's activity is divided between presentations in the city of Porto, where over the years it has created a strong current of audience and an intense activity at home and abroad.