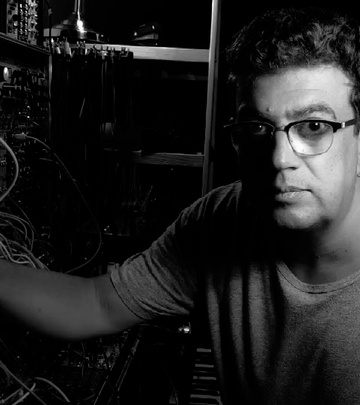 Carlos Guedes has been responsible for the creation or reformulation of academic programs in the area of music and multimedia composition since 2003, including the composition course of ESMAE-IPP and the PhD program in Digital Media of the University of Porto in collaboration with Universidade Nova de Lisboa and the University of Texas at Austin. Carlos Guedes was also part of the follow-up committee for the creation of the Center for Arts Entertainment Technologies in this institution. He was the director of the music department of New York University in Abu Dhabi between 2013 and 2016, where he currently teaches as Associate Professor, having coordinated the reformulation of the music study plan and its accreditation by the authorities of the United Arab Emirates.

As a researcher, his interests are centred on the creation of automatic interactive music generation systems to promote expression and musical creation by non-specialists. He was the co-founder of the Sound and Music Computing Group at INESC-TEC. Since his residency in the United Arab Emirates, his interests have centred on the analysis and preservation of music from the Arabian Gulf, Middle East, South India, and East Africa, currently being involved in two projects that focus on the computational analysis of the rhythms of this region.