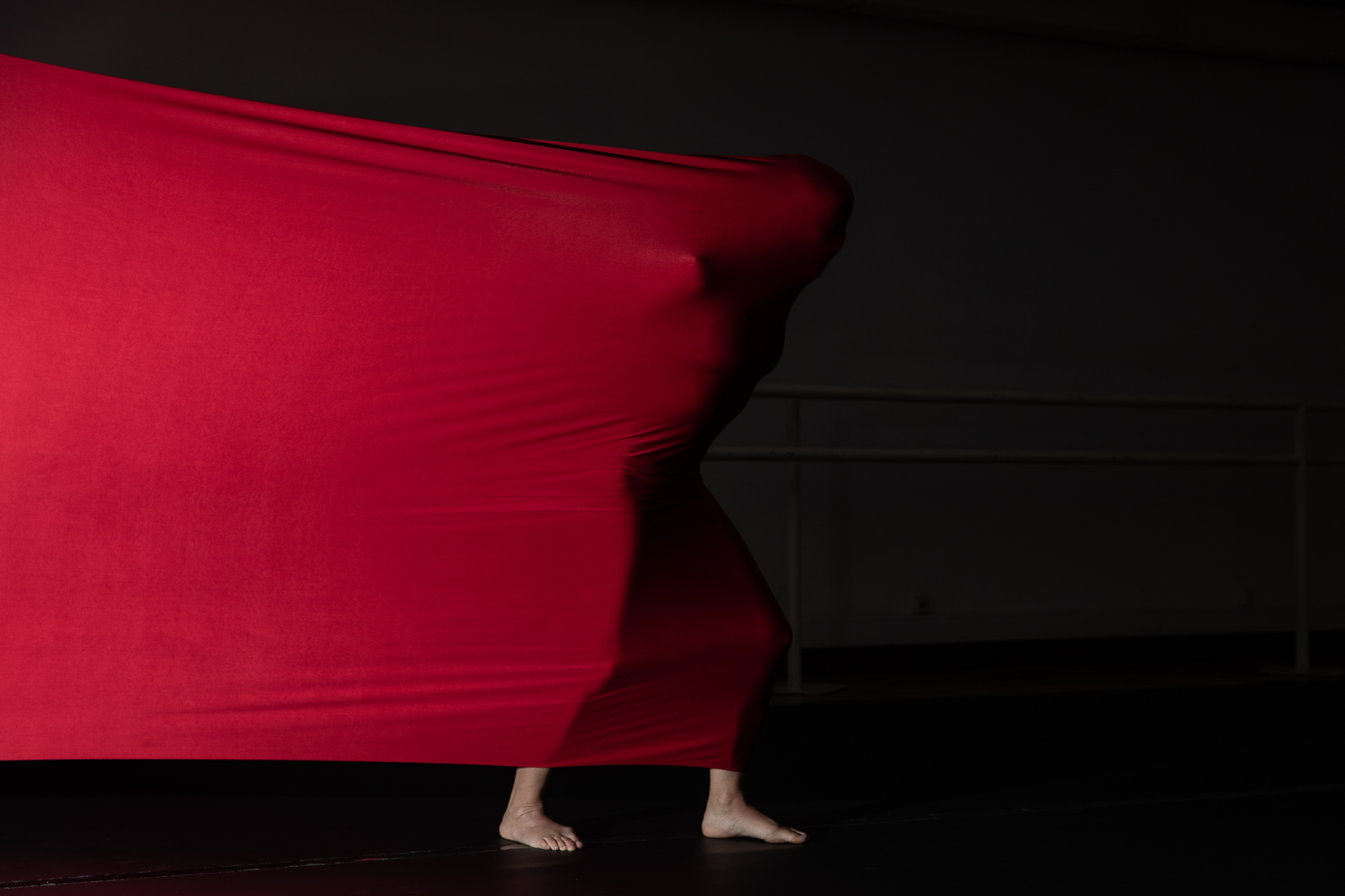 All the reasons for making a revolution are out there. There is none missing. The wreckage of politics, the arrogance of the powerful, the reign of the false, the vulgarity of the rich, the cataclysms of industry, rampant misery, exploitation, ecological apocalypse ... we are not deprived of anything, not even of being informed about all this ... All the reasons are met, however, reasons do not make the revolutions;  bodies do. And the bodies are in front of the screens.

As a reverberation, revolutions circulate in this spectacle made up of tiers of memories and artistic and social evocations.  Dance, musical, social and political revolutions appear throughout the show not imprisoned in a historical chronology, but in free intersections and temporal and thematic juxtapositions. Some avant-garde movements or iconic gestures are summoned in this show, composed in a long sequence as a kind of cinematic image where the body is the protagonist, thus the engine of all revolutions, as The Invisible Committee reminds us. In this process of evocations of intimate and collective change, work evolves from a utopia (bodies moving towards the place where everything is possible, the stage) to trauma (the return to the body through nudity), which often characterizes the pre and the post revolution. It is also in this way that the intervention of the Haarvöl is characterized: first moment, prior to the show, the sound that propagates in the before show; a second moment, the reality and the pragmatics of action during the show; a third moment, the post-show, the same sound installation, but now music differs, evokes the escape and the trauma.

For the show, the call comes from the stage, dancers are called to the stage, the place for permanent revolution. There, they become labourers and in the end regain their primordial state as naked bodies. The naked bodies that in the end move hesitantly in contrast to the inevitability and strictness of a pendulum (Steve Reich). Revolutions circulate in the show through more or less explicit references and, as far as dance is concerned, it is possible to revisit a minimalism, an expressionism, a postmodernism, as well as, one same scene may summon Fuller, Graham, Cunningham, Childs, Brown, or put together movements from diverse backgrounds such as the ballet or urban dances. The great movement of the whole is always a singular and poetic vision where the public can openly retrace revolutions.

In this macro circulation in the show that goes from the place of absences, of what is missing, which is the stage, to the place of the multitude, which are the bodies in movement, there is a musical selection worked together with the Digitópia. From the evocation of Eno to Reich, through Stockhausen, Parmegiani and Cage, the music is reinforcing a playwriting of crossing and movement, where the dream and the rumour take place. The revolutionary role of the selected composers is projected above all in the electronic music. From the electronic music studio WDR in Cologne, pioneer in the genre, is Stockhausen of whom we use the piece Studie II. From an aesthetic point of view, this studio has always been more connected to the movements of classical music (for example atonal, formal and serial music). Stockhausen along with Eimert are two indispensable figures of the electronic music movement.

Still addressing the electronic music, but in particular in its union to the plastic arts we worked with other composers and on its aesthetic of Sound Art. Many of the works of authors of reference of this movement were sound installations as compositions for systems or specific spaces where the use of sound and sound systems were part of the logic of conceptual art (artistic expression that values the idea behind the work more than the product itself). Eno with his Ambient Music where they work several levels of accommodation of auditory attention that, according to him, should be as dismissal as interesting. Cage, who composed the Sonatas and Interludes between the years 46 and 48, is a pioneer of random and electroacoustic music. Reich, as we know one of the most important composers of minimalist music, reinforces, with the piece Pendulum, its connection to the plastic arts and to the installation of sound and even to performance. From the same year, 1968, from Pendulum, Parmigiani, who curiously studied mime with Jacques Lecoq, presents us with Pop Ecletic, a very rich and expressive collage of what at that time begins to interest the artists (to bring the world to the scene instead of imposing the scene on the world), something that very closely approximates what has been called postmodern dance and in the guise of the Judsonian movement. Parmigiani is known for his electronic and acoustic music and its influence and as Nono, he used collages in his musical practice.

In the year in which we are celebrating the 50th anniversary of May of 68, it seems timely to think about this and other revolutions. We are interested in this popular manifestation that has become ethnic, cultural, generational and social, of social barriers, but above all what leads to revolutions what makes them move. What is a revolution? What revolutions are we waiting for?

In its escalation, if revolutions produce an effect of expansion that can have huge proportions, they can also be deep and intimate changes, invisible, they can produce disappointments or traumas, they can be both openings and closures, they can go from utopia to dystopias.

Indeed, as Debord notes, one can say of the revolution the same thing Jomini has said about war, that is, "it is not a positive and dogmatic science, but an art superimposed on some general principles and, yet, a drama in love". In his particularly lucid manner, Debord also questions what our passions are and where they led us. As a splinter, he says that for him there is neither return nor reconciliation and that "Wisdom will never come."

More or less radical, as a movement of change, revolutions are actions that fracture and break insofar as nothing will be as it was before. The arts are filled with desires and actions to change course, deviations and unpredictability that, in this project, also function as meta-discourses. Our Revoluções [Revolutions] proceed by the coexistence of layers, accumulations or quotations, but also guided by enigmas, impulses and uncertainties. According to Marcuse, the Art is revolutionary, but not in the sense of an art of propaganda or of direct relation with a social or political reality. Art is revolutionary because it transports trans-historical truths and in this autonomy with social relations, art breaks with the dominant consciousness and revolutionizes experience.

For this project of a disciplinary cross between choreography, installation, image and music, the dramaturgy was not programmed as a passionate drama, but as a device of distance that allows us to live the revolutions in their historical and imaginary multiplicities.