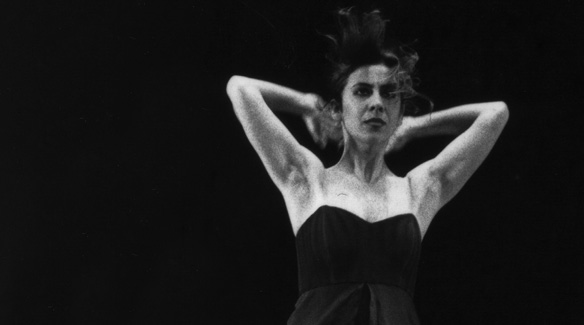 Lucid achievement of truth: that of the power behind the words. The project was built from the dramaturgical proposal inspired in Shakespeare’s “Macbeth”. Centred in the character of Lady Macbeth (L.M.) and the beings she searches – the witches, the work was developed since the possible relationships between the word and the gesture, between composition and narrative. Crossed by the feeling of betrayal, this work holds a woman in a limbic state, between here and there, in a meeting with other “women” who are simultaneously the embodiment of desires and doubts and the different representations of L.M. The three witches are the chorus that together with the ‘voice’ represent the other beings (whatever that may be!) who fill in the being of L.M. The time of this work is a time of “state”, to have or not to have the historical weight is absolutely secondary. If it has to be, have it and if it does not have to be, do not have it if it never had it! (Né Barros)
Direcção e coreografia Né Barros
Texto e dramaturgia Nicola Lusuardi
Música original Roberto Neulichedl Figurinos Nuno Carinhas
Desenho de luz Carlos Assis
Voz off Jorge Vasques
Intérpretes Elisabete Magalhães, Isabel Barros, Raquel Silva, Sónia Cunha