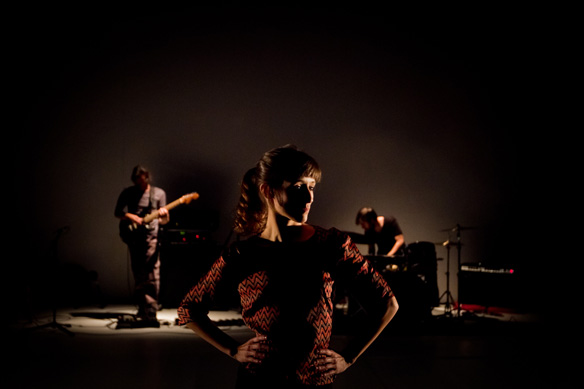 In several works that I have been making, notions like lanscape, frontier, mobile, different perspectives have been explored, having always as a guideline a body being built, the body as an image and the image as movement. To these expatriated, dislocated  dancing bodies I called soloists, or, in a neologism, movementers. This time, they are foreigners.
Foreigners is a new project that aims to enjoy the bodies and their images and to unveil them that which maked them, indeed, foreigners. Apparently filled with defined identity, foreigners, after all, are empty transversal beings. These figures are, in their definition, movements, whether of identification clichés, or behaviour genuine strangenesses. These beings wander between a collective, a pattern, and a lonelyness, the impersonal. Isolated, foreigners fulfill, internal or externally, two greta movements: arrival and departure. But what haunts us in the very notion of being foreigner in the whole world. Therefore, I could never forget Albert Camus’ The Foreigner as the absurd man, as the dive in the feeling of absurdity, just like Sartre wrote about this novel. Né Barros
Direction e coreography Né Barros
Músic Alexandre Soares, Jorge Queijo
Performers Bruno Senune, Flávio Rodrigues, Joana Castro, Pedro Rosa
Digital Art João Martinho Moura
Light design Alexandre Vieira
Costumes Flávio Rodrigues e Né Barros
Executive Producer Tiago Oliveira
Partnership Engagelab, Universidade do Minho
Production balleteatro
Co-production Capital Europeia da Cultura de Guimarães 2012, TNSJ