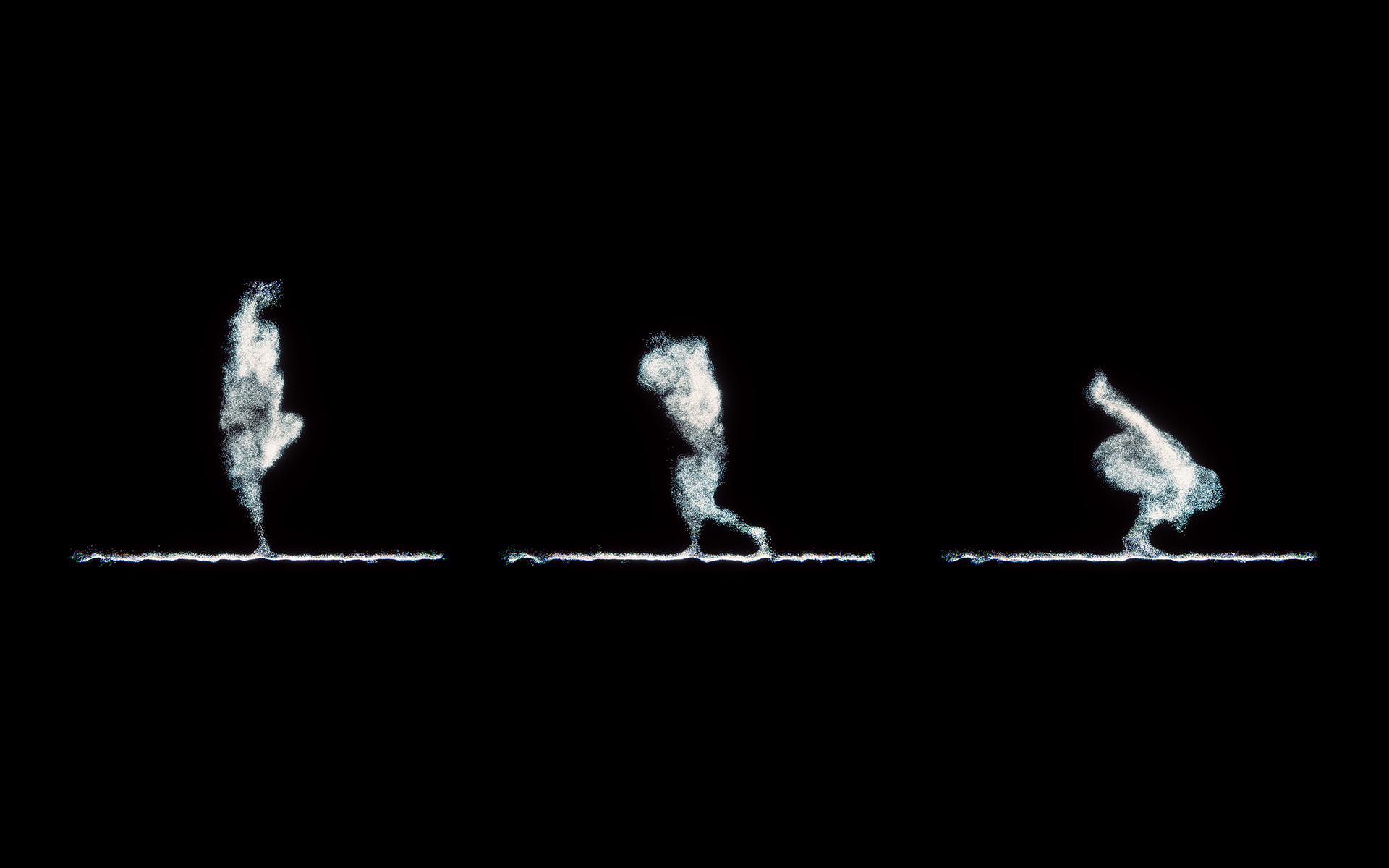 
UNA is an experience of total immersion. In Nuve, performed by Né Barros, in 2010, the relationship between the choreographic body and its artificial double was explored, in space-time, where it projected and extended in an intimate relationship with the virtual. In Co: Lateral (2016-2019) the immaterial space expanded, the image became closer to the public, and between the moving body and the audience, transparent, mixed, incorporated realities are presented. Co: Lateral has been performed on several stages in recent years, and its research has been addressed in several international conferences. In an approach, consciously, experimental  and from an installation / performance perspective, it begot Co: Lapse, where much of what had been explored creatively in previous projects came together. UNA is a possible continuation of this immateriality, this time, in total immersion, where the audience (one spectator at a time) witnesses the body in movement, again expanding. Ten years after Nuve, one goes back to testing, to the laboratory, transforming and questioning the performative, embedded space, where the spectator is one, is not in the audience, is in the centre, in a space that does not exist, and where different understandings of the performance body are reflected.