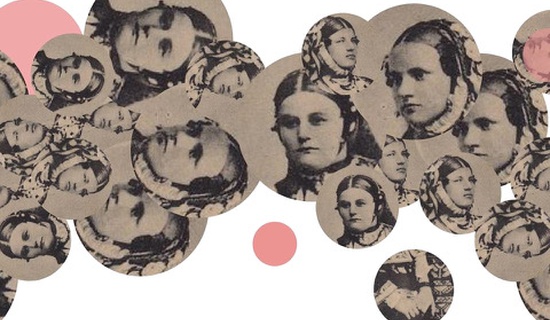 Do you like singing?
Do you like singing in "strange" languages?
Do you like singing with other people?
We invite you to join our open singing practice - traditional polyphonic songs!!!
We would love to show you how great it feels like, once you (finally) manage to sing in the right harmonies!!!;)
Don't worry if:
• you have no experience with singing
• you have no idea how to read the notes
• the Slavic languages just make you think about vodka
Come and check what we can create together!
(We also welcome all the suggestions and ideas for the future “repertoire”

Clélia Colonna is a voice practitioner and artist based in Portugal. She makes songs, graphical objects and performances and is interested in story-telling, specific sound qualities and every-day beauty. Born in Paris, she studied Applied Arts in ENSAAMA Olivier de Serres, Art & Digital Media in Université Paris I Panthéon-Sorbonne and followed various training programs in performance and singing. Her research in polyphonic singing led her from Corsica to Poland, Ukraine, Russia and Sicily. Through out the years and in the spirit of companionship, she learned traditional Corsican, Sicilian and Ukrainian polyphonic singing. Since 2006, she works as a performer and researcher in the field of voice. She worked with Georg Blaschke, Inferno/Ewa Bankowska, Jean-François Favreau, Philippe Genty, Peter Jakober, Raúl Maia, Ben J. Riepe, Charlotta Ruth.She is initiator and coordinator of cowbirds, and is part of Cobra’Coral.
She’s been teaching voice training in tanzquartier as well as workshops on polyphonic singing in ImPulsTanz, Im_flieger i.a. and is giving classes in HeadPhone Academia da Musica in Trofa.
https://cleliajeacolonna.wordpress.com/